Bhutan is largely considered one of the last surviving monarchies in the world. Through most of the country’s early history, Bhutan witnessed attacks mainly from Tibet, and, as a consequence, all prominent structures were designed and built as fortresses or Dzongs in strategic locations throughout the country. Bhutan has continued to maintain these sites, as they are critical to Bhutan’s cultural and architectural heritage. One such site, the Wangduechhoeling Palace, is the birthplace of Bhutan’s monarchy and is in dire need of restoration.

The Wangduechhoeling Palace is the birthplace of Bhutan’s monarchy and one of the most important historical monuments in the country. The palace was built in 1857 by Gongsa Jigme Namgyal, the father of the first King of Bhutan. It was left in a precarious state without any maintenance for more than 50 years, and the stunning carvings and paintings on its façade, the timber window frames, and the walls were rapidly deteriorating. The palace is not only the finest representation of traditional Bhutanese architecture, but it is also a symbol of peace and stability in Bhutan under the Wangchuck dynasty. The palace tells us stories of how Bhutan, as a country, was established and how our culture and traditions were during the times of the first, second, and third kings.

Seeing the need for significant restoration of this national treasure, the Bhutan Foundation in partnership with the Ministry of Home and Culture’s Division for Conservation of Heritage Sites committed to preserving the palace and bringing it back to its former glory so the Bhutanese people, especially the younger generation, and others can learn about Bhutan’s history and continue to preserve Bhutan’s cultural traditions. The palace will also serve as an important link between today and the pre-modernization way of life that revolved around Buddhist tradition and culture. The project also aims to serve as an example of heritage conservation in the country at a time when many other traditional structures are increasingly undervalued and are in danger of being replaced by new construction.

The project began in 2012 in three phases:

The vision for the Wangduechhoeling Palace is to preserve the palace as a site of excellence to promote Bhutan’s cultural heritage. The mission is for the palace to be a vibrant cultural complex that exemplifies Bhutan’s history, art, craft, and architecture. In the future, the complex will also serve as an example of adaptive re-use of a heritage site in Bhutan featuring research and education, exhibitions, and outreach.

WANGDUECHHOELING PALACE WAS BUILT IN 1857 BY TRONGSA PENLOP JIGME NAMGYEL, THE FATHER OF BHUTAN'S FIRST KING

Wangduechhoeling: More Than a Palace Museum

Wangduechhoeling Palace: Bridging the Past with the Future

Congratulations to Samten and Gempo!

Phase One: Architectural Documentation and Research

Phase Two: Conservation and Restoration of the Palace

The Bhutan Foundation thanks all our local partners as well as international partners who have continued to support the restoration and adaptive re-use of the Wangduechhoeling Palace. Our main partner on the ground is the Division for Conservation of Heritage Sites, Ministry of Home and Culture, and our international partners include Tsao & McKown Architects, the World Monuments Fund, and the U.S. Ambassadors Fund for Cultural Preservation. 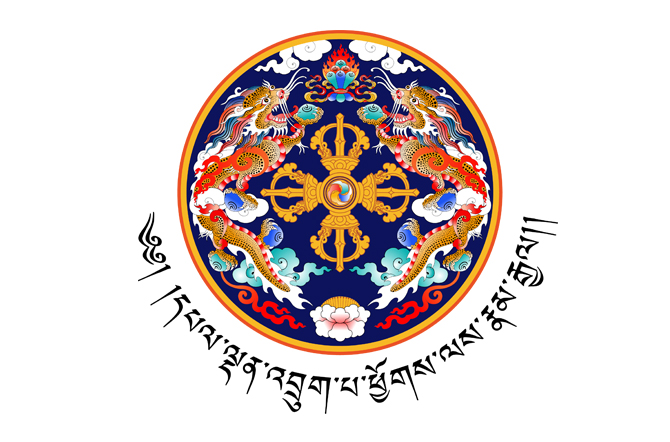 HOW YOU CAN HELP

The Wangduechhoeling Palace is in need of critical help. The Bhutan Foundation continues to seek technical and financial assistance in the completion of the restoration and adaptive re-use of the palace. Please consider making a gift to save the culture and architecture of Bhutan.

Your donation will be going towards Palace Restoration


OTHER WAYS TO GIVE


A Gift in Your Will:

There are several ways to make a bequest to the Bhutan Foundation through your will or other estate plan: a residual bequest, a percentage bequest, a specific bequest, or a contingent bequest. Whichever type of bequest you choose, please use the following language:

“I give, devise, and bequeath to the Bhutan Foundation, Inc. (“Foundation”) (EIN: 13-3376290), an Internal Revenue Code section 501(c)(3) organization organized in the State of Delaware, or its lawful successor, the sum of $ _____ [or a percentage of my estate] to be used exclusively for purposes of promoting the Foundation’s charitable mission (the “Purpose”).”


The Bhutan Foundation is a 501(c)(3) registered charitable organization in the United States. Your contribution is tax deductible to the extent allowed by law.

The Bhutan Foundation has received a platinum rating from charity watchdog Candid and a score of 100 out of 100 with Charity Navigator. These hold the highest standards for evaluating non-profit organizations and advise supporters like you so that you know every dollar is making the largest possible impact.

Bhutan is a biodiversity hotspot with several endangered species of flora and fauna and more than 7,000 species of vascular plants. More than 600 medicinal plant species are identified in Bhutan, around half of which are currently used in...

With rapid infrastructural development in Bhutan, significant projects have been implemented and have impacted both tangible and intangible cultural heritage. The Inventory and Database System of Heritage Sites is a fundamental need to preserve ancient heritage sites. With the...